When I started in advertising in the 80s, people were always asking, where are all the women in advertising creative departments?   30 odd years on, and they’re still asking, particularly asking us – the happy few who have made a wonderful life and living writing ads.

Starting out, part of the job is having most of your work consistently rejected and outclassed by others.  Popular opinion seemed to be that women found this relentless criticism demoralising.  (Men tend to believe the critic is deluded and just keep on until they are ‘proved right’). But I think we are tougher than that.

I suspect that actually women are victims of their own ability.

As a rule they’re good listeners – they hear between the lines which make them fast learners and I would suggest that, like in schools, women progress more quickly at the beginning.

Adolescent attributes – stubbornness, a complete belief in knowing better,  contrariness and yes, a bit of anger – make for very good creatives.  As does the need to find continual food for a fragile ego.

Whereas women are quite capable of starting out with these qualities, they become less natural as time goes on. It’s actually hard to maintain the necessary contrariness for years, and for women, it may be harder – harder to stay awkward when you realise there are more important things in life than just you and your self-belief.

One of the most brilliant creative directors I worked for was Paul Arden, who at the age of 60 had a totally childlike vision and the wayward temperament that goes with it – that kind of vision is bloody hard to maintain, and bloody hard to live with.  Most women would find it silly to behave like that, and would not expect anyone to put up with the fall out.

Interestingly the most successful creative women I know in advertising have exceptionally understanding and supportive partners.

There aren’t that many of them either.

As a contrary, rather immature 20-something, what drew me to the creative side of advertising was the ‘misfit’ culture.  Everyone was different.  There was no norm.  In fact, it was often the less attractive, less smooth and less conventionally successful that seemed to be the unifying factor. Having come from quite a judgmental background, I loved that you could look, dress and talk however you wanted and all that mattered was what you wrote down.  I felt at home with this merry band of freaks, united only in the desire to produce ‘great work’.  And yes, that was our rather idealistic aim.  It wasn’t money, fun or glamour that drew us in –  although all that happened   – it was gaining that approval. From our creative directors, our peers and best of all, the general public.  We wanted our work to be loved, and by extension, we would be to.

So what changes?  Well, if a lot of the drive for success stems from immaturity and insecurity, could it be that women just grow up and grow out of advertising? That the relentless striving for applause just wears a bit thin?

I suppose that means that those of us still doing it are not yet ready to grow up.  I’m happy to wait.

Is it really true no one in advertising agencies can write anymore?

Why I love Jo Wicks, and the way he talks 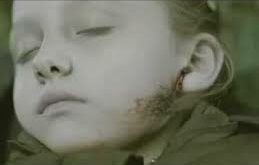 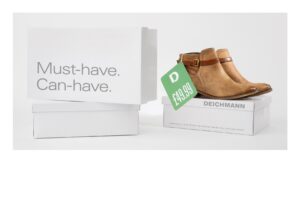 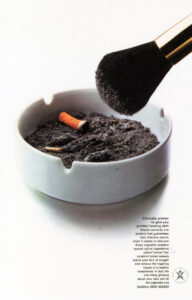